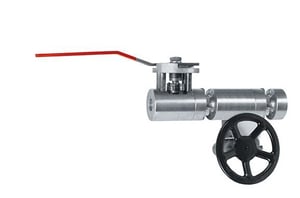 CUSTOMER: In the early 1980’s, the plant moved forward with building a LC finer having three reactor trains, each with three reactors in series per train with internal ebullating bed pumps. The heavy oil, hydrogen and catalyst slurry process has an operating temperature of 790 to 815°F at approximately 3,000 psig. The facility started out utilizing plug and inferior ball valves, from the late 1980’s to 1999 without the success and runtime that the facility was looking to achieve. Many fires, leaks and equipment failures resulted from poor valve performance. 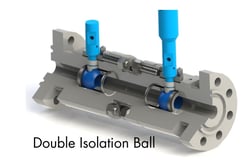 BACKGROUND: In 1988, two ValvTechnologies’ 3” 2500 class ball valves were installed in the catalyst handling system on a trial/pilot basis. After a successful six month in service trial period, ValvTechnologies worked with the engineering and operations teams to define and specify design requirements for a valve replacement program. Subsequently, existing inferior valves were replaced as they failed or became problematic which lead to a total replacement starting in the late 1990’s.

SOLUTION: ValvTechnologies’ replaced approximately 250 valves in the late 1990’s due to issues with the competitor’s valves. The facility ran for 14 years without 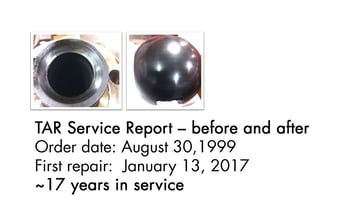 WIN: ValvTechnologies’ sales team maintains monthly contact with the plant to deliver engineered solutions and ensure operations are running successfully and the plant is maintaining its superior performance.

ValvTechnologies has assigned and deployed the same technical sales manager to cover the sites’ needs for over 15 years. On the turnaround side, our service manager works closely with the plant’s TAR group on a routine basis, in addition to the reliability group to address any issues or upgrades required for the valves or automation. Typically, service conducts quarterly reviews with the TAR group and performs field surveys of the reactor trains six months in advance of any TAR to identify any work that may be needed to ensure spare parts are in-house.

BENEFIT: The installed base of ValvTechnologies’ valves has reduced lost time, savings in maintenance, prevented employee injuries and damage to property. 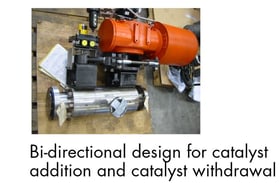 The service group established a Master Service Agreement, allowing all techs to maintain access to the plant for any work that may be needed on a planned and unplanned basis.